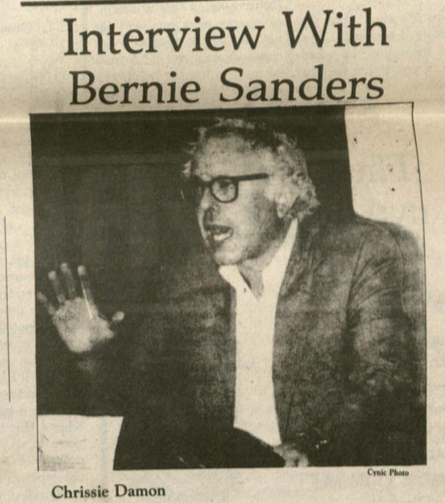 Putin couldn’t have done it without Bernie

Bernie and his Brats are trying to do a hit and run. They wrecked the election and are now attempting to flee the scene.

History unlearned, or worse, re-written, repeats. That’s why I stand up for examining truth. The Russian government may have installed Donald Trump as President, but they couldn’t have done it without Bernie Sanders, the guy who once honeymooned in the Soviet Union.

For some reason, the Bernie or Bust crowd seems thrilled with Trump beating Clinton, almost as if beating Clinton was always their only goal. Maybe they think Rust Belt voters would have swooned for a leftist socialist atheist who never held a job outside of government, but I don’t.

Now, after doing more than anyone to beat up Clinton, Sanders wants a say in a party he still hasn’t joined. He wasn’t a Democrat before he inserted himself…